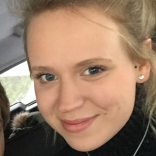 How to Declutter Your Wardrobe and Make It More Sustainable

There are so many beautiful animals out there in the world. Mother Nature really does know what she’s doing. Tragically, some are under more threat than others as some of the most beautiful animals are on the verge of extinction if we don’t act now. Thankfully, there is still plenty that we can do to help save these wonderful species. These are the animals in crisis that we need to do everything in our power to save.

The Amur leopard is the largest big cat species on the planet. Sadly, it is also one of the most vulnerable facing extinction. The species is clinging on across China and Russia, and it looks as though there has been a small turning point. It took ten years, but the number of Amur leopards living in the wild has risen from a couple of dozen to around 100.

These are small steps that are finally heading in the right direction. There have also been a handful of successful breeding programmes in captivity. However, this isn’t the end of the worry for the big cats. Poaching, inbreeding, and deforestation have all affected the leopards in the wild, while experts are worried that the captive-bred cats won’t survive if they were reintroduced to the wild.

A lot of these species are now under threat thanks to deforestation in the area. To top it off, the government wants to build a hydroelectric dam in the forest. The result? It could be enough to wipe the Tapanuli orangutan species out. People are now campaigning to put a stop to the addition before it’s too late.

Would you believe that all sea turtles are at threat of extinction? Sadly, the hawksbill sea turtle is in the most danger. They are found mostly across the southern hemisphere. However, the species rarely breeds and grows incredibly slowly. Team this with hunters, and it wasn’t long before the species’ numbers were struck.

Now, it’s believed that just 15,000 breeding females live around the world. Although the species is protected and many have worked hard to make sure they are left to their own devices, they are still illegally hunted for trinkets and food. The plastic in the oceans situation is yet another complication for this elegant breed.

This is largely thanks to trophy hunters and poaching as the black rhino’s horn is often used in traditional medicine. It’s believed that around 5,500 wild rhinos live across Africa. Now, many people patrol protected areas to try and bring the black rhinos back from the brink of extinction… Before it’s too late.

Did you know that elephants once lived all across the world? That’s right; they were even in North America. Now, the species only lives in Africa and Asia. African elephants are in a lot of danger as forest elephants could be extinct within the next decade, thanks to local hunting and deforestation. Asian elephants are in even more danger.

There are only 40,000 Asian elephants left in the world. Just 2,800 of these are Sumatran elephants. The species live in small areas of forest where they often find themselves caught up in the wrong traps. Some are poached while others end up getting tangled in traps that were laid to keep foraging animals away from palm oil plantations.

It was a mixture of the changing landscape and hunting that saw the scimitar oryx pushed to the edge of extinction. The Sahara transformed into a desert in the north and wiped out the population, meaning that only southern scimitar oryx survived. Tragically, the oryx were soon popular trophies for hunters thanks to their impressive antlers.

They were declared extinct in the wild by 2000. Amazingly, some oryx had been kept as livestock and gave the breed a fighting chance. A few places all around the world have worked to breed oryx, and some have even been reintroduced into the wild. Only time will tell if there are enough of these magnificent animals to bring them back.

Chimpanzees are our closest surviving ancestors. Common chimpanzees are split into four – potentially five – subspecies, and there are thought to be around 300,00 individuals living across Africa. Sadly, the Western chimpanzees are under most threat as only a few thousand have been spotted in the wild in recent years.

Some experts fear that their numbers could be declining faster than we ever imagined. Like many other animals on the verge of extinction, Western chimpanzees are affected by hunting, poaching, and deforestation, as well as diseases that are quickly spreading through troops.

The finless porpoise is found across the Indian and Pacific Oceans. However, the Yangtze River finless porpoise is in grave danger of extinction. Ten years ago, it’s thought there were 1,800 living in the river. Now, there could be just 500 left in the wild. The problems all stemmed from large buildings along the river.

The pollution has affected the ecosystem and caused a lot of damage for the animals living downstream – including the Yangtze finless porpoise. The river is also used for fishing and boating activities, both of which have a significant impact on the wildlife. Now, the finless porpoise and other species living in the area are all at threat of going extinct.

Although the Spix macaw is still alive today, they can only be found in zoos. Some people claim to have seen some of these birds in the wild, but these sightings are few and far between. The birds mainly lived in Caraiba trees found in Brazil. However, their homes have been destroyed by deforestation in the area and this has almost completely wiped out the wild breed.

As if that wasn’t enough, experts are struggling to breed the Spix macaw in captivity as many of the birds are closely related. It’s thought there are around 100 left in zoos and there could be a handful more being kept as pets. Now, people are trying to set up nature reserves around the original nesting sights in the wild to try and bring the macaws back from the edge.

Believe it or not, but there are only two species of gorillas in the world: the Western and Eastern gorillas. The two species live thousands of miles apart and are both endangered thanks to deforestation, wars, Ebola, the pet trade, and poaching. Western gorillas are divided into two subspecies, including the Cross River gorilla.

The grim reality is there are only approximately 95,000 Western gorillas in the wild – and just 300 of them are Cross River gorillas. Most gorillas that we see in zoos are Western gorillas, but even they aren’t safe. There have been mysterious heart issues that have caused many to lose their lives in the last few years.

These marmots were named after the Canadian island they call home. They live in colonies of around three to five and can build entire ecosystems all on their own. The marmots spend most of their time building vast burrows to hide from predators. These are often used by other small mammals and insects, but that’s not all.

Vancouver Island marmots are also a vital part of pollination and seed dispersal in the area. Their numbers have been greatly affected by predators as it’s thought that 83% of lives lost are thanks to golden eagles, cougars, and wolves. However, logging in the area and the dramatic change to the landscape are also driving this species to the edge of extinction.

Hundreds of us were drawn in by George, the lonesome Pinta Island tortoise. It looked as though he was the last of his kind, and the day that he lost his life was the day the species came to an end. Amazingly, there was more to the story. People used to take Galapagos tortoises to use as food on ships, but they would sometimes dump them on islands where they were no longer needed.

You’ll have to travel to the coast of California if you stand a chance of spotting a vaquita. They are one of the rarest aquatic animals in the world as this small porpoise population has been rapidly declining for the last few years. Studies in 1997 showed there were around 600. Now?

Some studies claim there are as few as 12 vaquitas left in the world. The rise of gillnetting used to catch larger fish means that a lot of vaquitas have found themselves accidentally caught up in nets. The breed is smaller than humans and doesn’t cope well with captivity. One female was caught from the wild but lost her life within a few hours.

There used to be three species of Sunda Island tigers: the Javan tiger, the Bali tiger, and the Sumatran tiger. Tragically, the Sumatran tiger is the only surviving species as the other two were declared extinct in the 20th century. It’s estimated that 700 of these tigers now remain in the wild.

The tigers prefer unkempt wilderness, but a large portion of their natural habitat has been developed for acacia and palm oil farming. If the Sumatran tigers do venture into more built-up areas to hunt, they are likely to be targeted by poachers. Sadly, the law is pretty slow to catch up with illegal hunters, meaning the poaching industry has remained pretty stable over the years.

It turns out that tigers are under more threat than many of us realized as Malayan tigers are also critically endangered. The species lives in small forests found across Malaysia, where it’s thought that somewhere between 250 and 340 of the great cats have been able to survive.

A lot of the tigers have been hunted for meat while others are used for traditional medicines. Thankfully, 54 Malayan tigers are living in captivity, but this isn’t enough to save the species. They were all bred from just 11 tigers, meaning they are too closely related to be able to help bring the species back from the edge or to be reintroduced to the wild.

These are just some of the most beautiful animals on the verge of extinction if we don’t act now! However, not all hope is lost. There are plenty of ways that we can help these species before it’s too late. Learning how to live an eco-conscious life is just one of the many things that can help. Highlighting awareness and supporting organizations that are trying to protect these animals could also be enough to help bring them back from the brink.

The Amazing History of Earth Day

These Are the Best Climate Change Documentaries to Watch Right Now

Before and After Photos That Prove Our Glaciers Are Melting