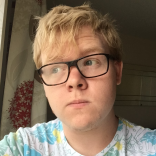 These Are the Best Climate Change Documentaries to Watch Right Now

If we’re going to keep this planet safe, it’s essential that we understand what things are and aren’t hurting it. Unbeknownst to many, palm oil is an ingredient that’s having a particularly negative impact on the Earth. The problem is that a lot of people don’t even know what products contain this stuff or how they can live without it. That’s why we’ve taken the time to look into the facts so the rest of you can keep informed.

Elaeis guineensis, or palm oil, is a substance that originates from the fruit of oil palm trees. It’s primarily sourced from Asia – Malaysia and Indonesia produce 85% of the overall supply – although it was initially only found in African regions. The oil is used for approximately half of the packaging you see in the supermarket, so most of us deal with it on a daily basis. That’s not ideal considering the dangers it poses to the planet.

Other uses for palm oil include animal food and biofuel, although the UK avoids putting it in the latter. That’s one saving grace for an ingredient that’s considered one of the most versatile oils in the world. Resistance to oxidation, ability to withstand high temperatures, and odorless properties all make it incredibly useful for our packaging. However, is giving our food longer a shelf-life really worth putting the Earth at risk?

The problem with palm oil

Although the product itself might not harm the planet, sourcing it certainly does. Palm oil continues to be one of the driving factors for deforestation, an issue that’s making it hard to remove all the pollutants in the atmosphere. So far, there’s been around 16,000 square miles of deforestation in Borneo since 1973, and all because of palm oil. Not only has that left an enormous scar on this beautiful part of the world, but it’s also destroyed habitats and endangered lives. Animals like the Orangutan have suffered because of this destruction, and there are fears that extinction could be on the horizon.

As well as destroying miles of land, the need for this product has also raised concerns over child labour and worker exploitation. The companies that make money off this ingredient seem determined to source it and sell it, no matter the cost. Of course, the resource won’t last forever, and by the time it runs out, the planet may be too far gone to be saved.

What can we do?

Individually, it may seem like we’re powerless to make a difference. After all, how is the average citizen supposed to take down the entire palm oil industry? Aside from changing the way that we shop, it feels as though we’re stuck watching the world fall apart. Just because we might not be able to change things alone, though, that doesn’t mean that plans aren’t in place to start making a difference.

The Best Vegan Chocolate Bars to Curb Your Sweet Cravings

The RFA – Rainforest Action Network – for instance, are fighting to get rid of conflict palm oil. This is the version of the product that’s sourced unsustainably. They’re reportedly pressuring food companies to  change where they get their palm oil from to ensure they’re working with the planet, rather than against it. The RSPO – Roundtable of Sustainable Palm Oil – has been in place for over 15 years now to try and help with this.

Plenty of charities are also working hard to try and make a difference, whether they’re fighting palm oil, deforestation, or animal endangerment. A browse through Greenpeace or WWF’s websites will show you exactly what they’re doing and how you can support them. Even if they can’t always stop what’s happening, you can bet that they’ll fight every step of the way to undo the damage.

The longer that palm oil is sourced unsustainably, the greater the risk that things will go too far. The fight to stop this is a big one, and it’s something we’ll only win if we work together. Thankfully, there are plenty of ways we can make a difference, from supporting charities to avoiding problematic brands. If we all do our bit to say no to conflict palm oil, then the future could look a lot brighter in a few years’ time.

The Ultimate Guide to Plant-Based Milk

20 Vegetarian Recipes With 5 Ingredients or Less