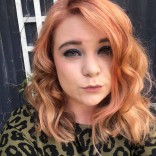 There is no denying that ‘going vegan’ has gone way beyond being a fad or just a trendy way of living. More and more people are turning to an animal product free way of eating and living, in an effort to reduce their negative impact on the world. Not only that, but documentaries such as ‘The Game Changers’ on Netflix have assured people that going vegan doesn’t mean you’re going to waste away… Whether you’ve been vegan for a while or are planning on taking on Veganuary, we’ve compiled some of the best vegan blogs to follow in 2020 to give you some inspiration!

Oh, and before we get into these guys (and gals), we’d love it if you gave us a follow on any of our socials for more vegan and sustainable living updates!

‘Glow from the inside out’ is Angela’s tagline for Oh She Glows, and a quick look at her Before & After page shows just that. Not only does Angela seem healthier with her plant-based lifestyle, but she positively glows from it.

The proof is in the pudding, as they say, and Oh She Glows has plenty of pudding recipes… And pretty much any other recipe you can think of, too. The food photography will have you drooling and Angela’s recipes are some of the best in the vegan community. It’s no surprise she has over a million followers!

Sophie from A Considered Life is not just about her plant-based diet, it’s all about her low waste and simple living mindset. With several awards under her belt, including being the UK’s number one minimalist blog, there are plenty of reasons to be bookmarking this site.

Even her blog design is minimalist! From learning how to go zero waste through to directories of places to shop and things to buy, this is so much more than just another vegan blog. We particularly like her tips on how to shop without spending.

When you think of vegan blogs, you probably think of recipes. However, The Vegan Travel Guide, founded by Sarah, does things a little bit differently. Sarah and her contributors travel the world and write all about the delicious vegan food they find along the way.

They have a huge directory filled with places where you can dig into a vegan feast, but that’s not all. Their social media and blog pages are packed with stunning photography of all their yummy finds. Don’t visit The Vegan Travel Guide if you’re hungry!

A lot of people think you can’t cook good vegan food without requiring about 4 million ingredients, but the Minimalist Baker proves otherwise. John and Dana put together this site to prove that you really don’t need a ton of equipment, time or ingredients to make delicious vegan food.

Everything requires 10 ingredients or less, one bowl, or 30 minutes or less to make. What could be better than that? It’s important to note that not all of their recipes are vegan, but the majority are. You can also filter through to show just vegan recipes, of which they have nearly 1,000 at the time of writing!

If you’re reluctantly going meat-free or just trying it out, then hot for food is quite possibly one of the best vegan blogs to start your journey with. Most of the recipes that Lauren creates would satisfy even the meatiest of meat eaters, so it never feels like you’re missing out on anything.

If you prefer video recipes, then you’ll love hot for food’s YouTube channel, too. On top of the countless vegan recipes, you’ll find sections for Home, Beauty and Travel to boot. Lauren really has covered everything you could possibly need to enjoy that vegan life!

Gena from The Full Helping is a food blogger, cookbook author, AND a registered dietitian – so you know you’re getting some good advice, along with delicious recipes! What makes this vegan blog so special is that it’s not just about the food and recipes.

You’ll find Gena writes about plenty of other topics that can help you on your journey to being a happier, healthier person. From body image through to ethics and emotional eating, you’ll find a little bit of everything on The Full Helping. Ah, we get the name now.

You know one of the best things about going vegan? Eating an entire rainbow of food! Anthea from Rainbow Nourishments knows all too well how delicious it is to eat the rainbow, and the proof of this is in her beautifully bright food photos.

If you have a little bit of a sweet tooth (don’t we all?), then you’ll find plenty to satisfy your cakey needs at Rainbow Nourishments. However, she also does some exquisite savoury recipes, even if they do tend to involve pastry. Hey, we’re definitely not complaining!

We love the whole ethos of Keepin’ It Kind, which was set up Kristy and Chris. They believe that kind food is the key to a kinder world, and we couldn’t agree more! Not only will you find some truly mouth-watering recipes on this vegan blog, but they also have plenty of hints, tips and tricks to get you started.

If you’re the kind of person who thinks you could never go vegan because of whatever reason, these are the guys to follow. They also have a whole section on travel and any vegan eats they find on their trips.

Aph Ko set up Black Vegans Rock to shine the spotlight on influential black vegans who are trying to break down the stereotype of veganism being a ‘white person’s thing.’ Since 2015, she has constantly proved this stereotype wrong with editorial features on musicians, artists, restaurant owners, and any other black vegans who want to show off their projects to other vegans from around the world.

While many of the vegan blogs on our list may seem quite samey, there’s no denying that Aph Ko has created something truly unique with Black Vegans Rock.

The final vegan blog on our list is Thug Kitchen, but we have to provide you with a word of warning before you visit… There’s quite a few swears. If you’re not easily offended then you’ll absolutely love the bluntness that comes with Thug Kitchen, which promises to verbally abuse you into a healthier diet.

With countless vegan recipes, a regular podcast, bestselling books, and even their own merch, Thug Kitchen has proved that vegan can really be cool.

So, there we have it. A pretty diverse selection of vegan blogs that can certainly inspire and bring something different to the table (literally). Are there any others that you’d love to see added to the list? Let us know in the comments below and we’ll try to keep this regularly updated.

The Ultimate Guide to Plant-Based Milk

The Best Vegan Chocolate Bars to Curb Your Sweet Cravings

These Yummy Foods Are Surprisingly Vegan